Behind the Madiba Shirt Capturing the Rainbow Nation on fabric is not easy, but for Desre Buirski it’s been the most incredible experience making shirts for Madiba…

It started out as a big dream for a tiny person, but Desre did not anticipate that the dream could be this big — and more importantly this fulfilling.

As the designer of Madiba’s shirts Desre has been awe-inspired by his friendship — and no doubt Madiba has been touched by her generous gifts of silk shirts.

Back in 1994 when South Africa was still an uncertain place, Desre was not focused on the negative but was instead intrigued and inspired by the natural creative spirit of Africa and African design.

At a synagogue in Cape Town in 1994 Desre handed the soon to be Presidential Shirt to one of Mandela’s bodyguards on the 7 May and just two weeks later he wore the famous 'Fish Shirt' in public for the first time — to the dress rehearsal of the opening of South Africa's first democratic Parliament.

One year later she was officially making shirts for Mandela, and although her business taken off slowly, the reward has been in the friendship that Desre has developed with "the father of Africa — and the world", as she describes him.

Mandela, Desre says, "is the most incredible superhuman" and being in his presence is just "the most humbling experience".

Desre has always been inspired by the creative spirit of Africa, and the hand painted silk shirts are an extension of this.

Mandela’s favourite tones are the more earthy colours and that’s how the shirts started out, but fittingly they soon branched out into colours “that cover the entire rainbow”.

Desre has now made over 100 shirts for Madiba — shirts that have no doubt been to the most special occasions.

So what’s Desre’s most memorable experience with Mandela?

"It's just been the most amazing experience" she reiterates, "but my two favourite experiences with Mandela... being introduced to Bill Clinton as his official shirt designer and being seated next to him at his staff Christmas in 1999".

Desre has also supplied Bruce Springsteen and Stevie Ray Vaughan with her shirts over the years, as well as a host of parliamentarians and ambassadors to South Africa.

She says that the most wonderful things have come from her friendship with Madiba and she has been so blessed by their meeting — and there are even more wonderful things in the pipeline for the future.

I am a lifestyle editor who works online. These articles are a collection of my work, when I have time to write features. Enjoy! 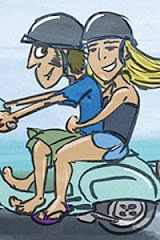